I joined Pride of Irons for two reasons. The first is a selfish one: I had been going to games alone for a few years, with a larry lonesome season ticket in the East Stand at Upton Park. My friends were all Arsenal or Spurs fans, and when I heard about POI I suddenly saw the chance to make a bunch of new friends. I’ve loved being able to meet up for drinks either before, during or after matches and our WhatsApp group has kept the friendly banter going mid-week too! My second reason for joining POI is the memory of little teenage me, sat at home listening to our darkest championship days on the radio, thinking that I must be the only gay West Ham fan in the world. Were there really other boys like me, who wanted to debate the benefits of starting Connolly over Mellor, or who knew that there was no better way of spending 10k than on the silky skills of Shaun Newton? I want Pride of Irons to show the next generation of fans that they’re not alone and there’s no need to think that being gay confines you to living out the life of a stereotype. COYI! 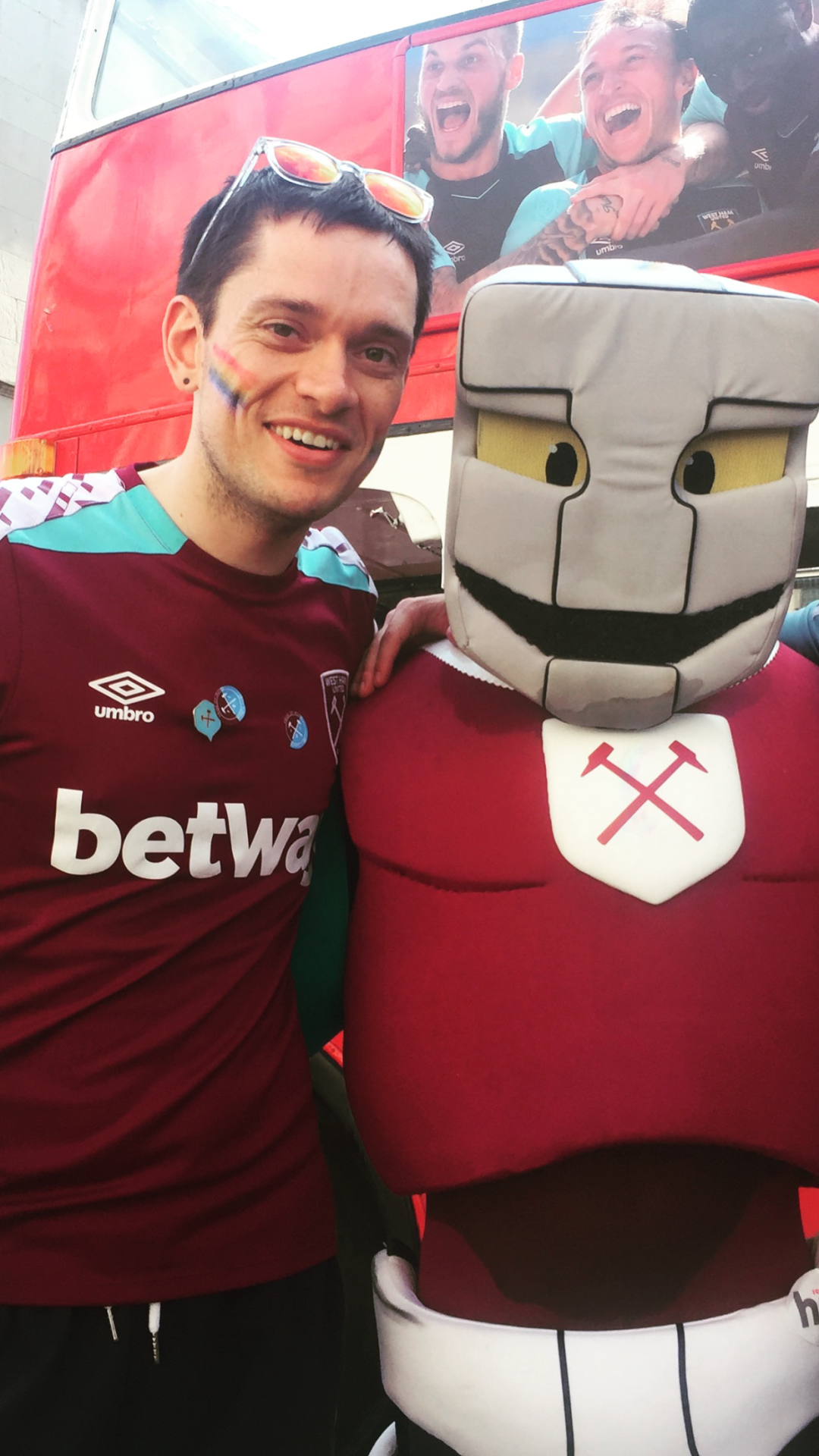