Tom Allen is a Hammer

Call It Out 2019 at the London Stadium 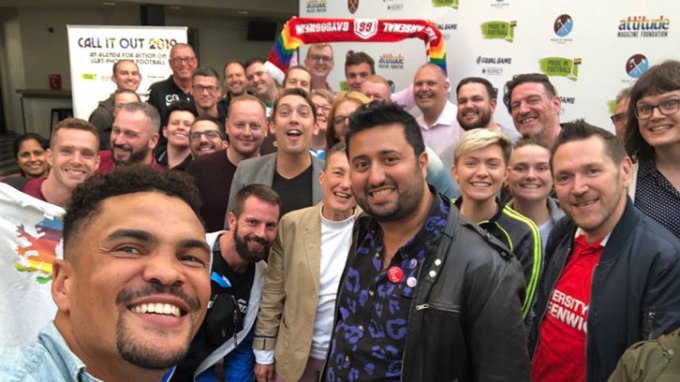 Pride of Irons is the official West Ham United LGBT Supporters Group. We exist to support LGBT fans, their friends and families. The only requirement for membership is that you support West Ham!
The group was founded in early 2015 after it was perceived there needed to be an LGBT presence within the Club. We want gay football fans (and non-fans too!) to know that West Ham are an inclusive club where anyone, regardless of gender, age, race or sexual orientation can feel welcome and included and enjoy being part of the West Ham family. In the world of women’s football there are openly gay players so why should men’s football be any different?
Pride of Irons is hugely thankful for the support received from the club and wants them to know that it is reciprocated to the staff and players alike whether in the youth ranks, the women’s team or the Premier League squad. Letting everyone at West Ham know that there is support in the stands should they choose to come out.
Pride of Irons